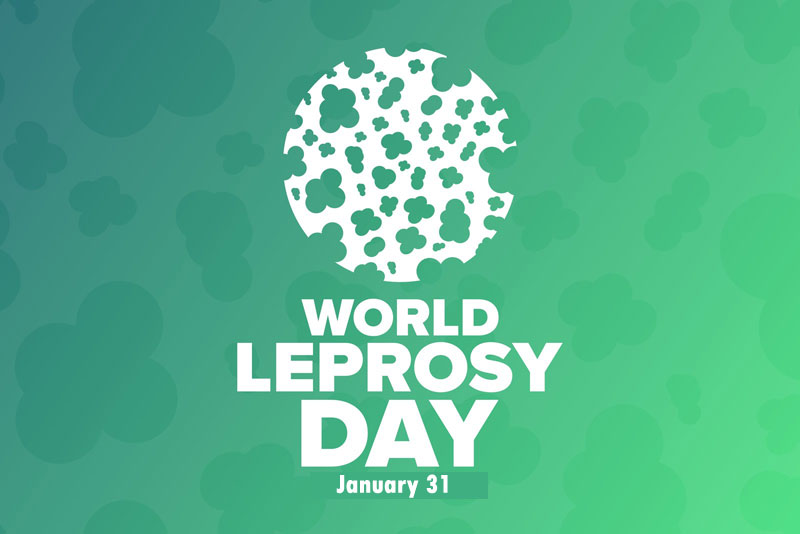 Each year, “World Leprosy Day” is observed globally on the last Sunday in January. The 2021 campaign which falls on 31st January, aims to raise global awareness about leprosy – a chronic infectious skin disease and debunk the common myths associated with the condition. Also known as Hansen’s disease, leprosy is a chronic, progressive bacterial infection caused by the bacterium – Mycobacterium leprae. If left untreated, it can cause disfigurement and significant disability resulting in crippling of the hands and feet, paralysis, and even blindness. Physicians treating leprosy patients can outsource medical billing and coding tasks to a reliable provider to meet their revenue reimbursement requirements.

The campaign is a unique platform that advocates for the rights of people affected by leprosy and to change the attitudes that stigmatize and marginalize people affected by the disease. According to reports from the World Health Organization (WHO), about 2, 08,619 new leprosy cases were registered globally in 2018 (official figures from 159 countries from the 6 WHO Regions). The condition is most common in countries with tropical or subtropical climates. It is not very common in the United States. As per reports from the Centers for Disease Control and Prevention (CDC), only 150 to 250 new cases are diagnosed in the United States every year (2019 statistics). Leprosy is known to affect people of all age groups ranging from early infancy to very old age. In fact, it is estimated that about 50 percent of people affected by leprosy will face mental health issues such as depression or anxiety. Primarily affecting the nerves, skin, eyes, lining of the nose (nasal mucosa) and the upper respiratory tract, the condition causes severe disfiguring skin ulcers, nerve damage and muscle weakness in the arms and legs.

The 2021 international campaign aims to put an end to the discrimination and stigma against people with Hansen’s disease. It aims to recognize the symptoms early and know the right time to consult a physician. This skin condition is normally defined by the number and type of skin sores a person suffers from. Leprosy can be of different types – Tuberculoid, Lepromatous, Borderline and Indeterminate leprosy being the major ones. As mentioned above, skin lesions, numbness in the hands, arms, feet and legs, and muscle weakness are the common symptoms of the condition. The lesions occurring in different parts of the body may result in people losing their specific ability to sense, touch or feel pain and thus causing severe injuries like cuts and burns. The color in the affected skin area either becomes lighter or darker (often dry or flaky, with loss of feeling) and reddish due to inflammation of the skin. The signs and symptoms in most cases tend to appear within 3- 5 years after coming into contact with the leprosy-causing bacteria. However, in certain other cases, people do not develop symptoms until 20 years later.

Initial diagnosis of this condition will start with a detailed physical examination to look for any specific, revealing signs and symptoms of the disease. A biopsy will be performed wherein a small piece of skin or nerve is removed and sent for a lab test. In addition, a lepromin skin test will be performed to determine the type of leprosy. Treatment modalities for the condition are based on the type of leprosy a person contracts. Antibiotics like dapsone (Aczone), rifampin (Rifadin), clofazimine (Lamprene), minocycline (Minocin) and ofloxacin (Ocuflux) may be prescribed by physicians as part of the treatment. In addition, anti-inflammatory medications such as aspirin (Bayer), prednisone (Rayos), or thalidomide (Thalomid) may also be used to control nerve pain and damage related to leprosy. The treatment time may depend on the type and severity of leprosy and will normally last for months and possibly up to 1 to 2 years.

“World Leprosy Day” observance was first established in 1953 by the French philanthropist and writer, Raoul Follereau, as a unique platform to raise global awareness and call attention to the fact that leprosy can be prevented, treated and cured. Over the years, the reach of the campaign widened with many governmental and non-governmental organizations (NGOs) conducting several public and educational outreach events to generate information about how to prevent the spread of the disease, how it can be treated, and how to rehabilitate those afflicted with the disease. Many organizations hold meetings and events to create widespread awareness about leprosy and raise money for research that aims to prevent the disease. People can actively take part in the world campaign by – donating to an organization that spreads awareness for leprosy, spreading information about key facts about leprosy, conducting and participating in seminars and other workshops around the world to address the problems faced by leprosy patients thereby reducing the social stigma faced by them. People can also spread word about the campaign via prominent social media platforms and share posts with their friends and family. You can make posts with the hashtags #LeprosyIsCurable, #WLD2021, #EndPrejudice.

Participate in “World Leprosy Day” campaign on January 31 and make use of this opportunity to raise awareness globally about leprosy.